Year of the Dragyn
Performer Line up
​2021

Gates open at 10am

Jamie Anderson
Performing:  7/31/2020
Singer/songwriter/parking lot attendant Jamie Anderson is folk without the Birkenstocks, country without the big hair, and jazz without the angst. She’s on tour to celebrate her eleventh album, The Truth Appears, as well as the release of her second book, An Army of Lovers: Women’s Music of the Seventies and Eighties. A multi-instrumentalist, several of Jamie’s videos have gone viral, prompting fan mail from all over the world.

Mimi Gonzalez is a road-tested, high-octane comedian who takes the audience on a wild ride from the profound to the profane. Bawdy and political, her ferocious idealism of inclusion has been embraced by colleges, Prides, comedy clubs, resorts, festivals, cruises and even battlefields.
Mimi’s answered the call of duty to the U.S. armed forces and made them laugh in Iraq, Afghanistan, Bosnia, Kosovo, Korea, Japan and Guam.
She has been every single Framily Reunion since 2016 and we are happy to have her back to lead the stage during our fifth reunion! 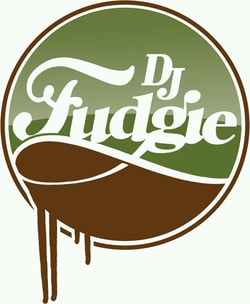 Gina Chavez is a wife, philanthropist and an award-winning independent musician. She is a proud native Austinite and a 12-time Austin Music Award winner, including 2019 Best Female Vocals and 2015 Austin Musician of the Year. Her NPR Tiny Desk concert has more than a million views and her hour-long PBS special is available nationwide. Gina’s music is deeply personal. Her passionate collection of bilingual songs takes audiences on a journey to discover her Latin roots through music as she shares her story of life in Texas as a married, queer Catholic. Gina tours internationally as a cultural ambassador with the U.S. State Department and runs Niñas Arriba, a college fund she co-founded with her wife for young women in gang-dominated El Salvador. Her first all-Spanish language album, La Que Manda (The Woman in Charge), is now available everywhere. More info here: www.ginachavez.com/lqm-epk

Carrie Rodriguez, a singer-songwriter from Austin, Texas, finds beauty in the cross-pollination of diverse traditions. She melds fiddle playing, vocals and a fresh interpretation of new and classic songs with an “Ameri-Chicana” attitude. She’s released five solo studio albums, three live albums and three albums with legendary Chip Taylor.  In 2017, Carrie founded a highly acclaimed ongoing concert series set at the historic Cactus Cafe in Austin, Texas called Laboratorio that both celebrates and explores Latinx culture and its contribution to the American experiment. She’s also the composer/lyricist of an original musical. ¡Americano!, which ended its 27-show debut at The Phoenix Theatre Company at the end of February of 2020. Carrie lives in Austin with her partner and musical collaborator Luke Jacobs, a multi-instrumentalist/singer-songwriter from Minnesota, and their son, Cruz.